WHO IS KILLING "EDUCATION FOR SELF RELIANCE" 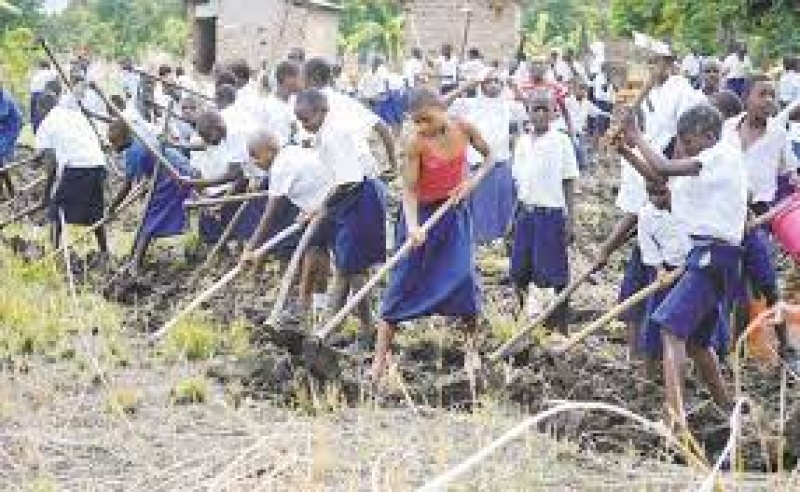 WHO  IS  KILLING “EDUCATION  FOR SELF RELIANCE”?

The late Father of the nation ,the first president of the united Republic of Tanzania combred  Julius Kambarage Nyerere wrote the following and I goute “for those who receive this previlage therefore , have the duty to repay the sacrifice which others have made”

Iam taking this opportunity to ask who is killing  Arusha decleration established in 1967 that  aimed to encourage education  for self reliance in the country.

The manifesto “education for self reliance “was of great value to all young generation of the united republic of Tanzania simply because they  prepared young  generation for self employement.

Iwant here to certify examplary secondary schools which were both busy  in education and self reliance activities  , yet they performed a tremendours passes in academic gualifications .

Those secondary schools imentioned above came to the point of feeding themselves from agricultural activities  performed in a school  farm known as “SHAMBA LA MBALI” in Caigo secondary school.

Concentrating  in education without  self reliance  will lead to unemployement ,chaos, internet theft,death, vagobondism and presence of  Undugunaisheni in employement when the government announced  job  vacancies.

Where are we going? Having students who are busy in internet and  charting ?having teachers who are loose in management and busy in their engangement ?what do they supervise ?

Most of the schools environment  have changed ,they are torn,dirty and untidy “every thing the government “simply because school leaders were not been prepared in self reliance when they are in schools that help to be creative ,they have been prepared for employement only.

The minister and ministry  have to revive by hooks and crooks “Education for self reliance “and if we don’t repeat the outcome wil be in 2030’s .

Iwant to remind the man the wisdom of the late father of the nation who said and iguote “if we want to develop we need only four items namely ,people(the nation) the land(soil) good policy and good leadership.

Education for self reliance was among the best educational policies in

the 20th century ever seen in the third world countries south of the sahara desert/region.while now days education for self reliance is not among the education policies .

The policy  of  education for self reliance taught us creativeness hardworking ,patriotism,self awareness ,sympathy and self actualization .

Please President of the united Republic of Tanzania Samia Suluhu Hassan  oversee the truth ,you are going to have  the duty to repay the sacrifice which others have made simply because you are among the fruits of education for self reliance.

Halmashauri ya Wilaya ya Namtumbo